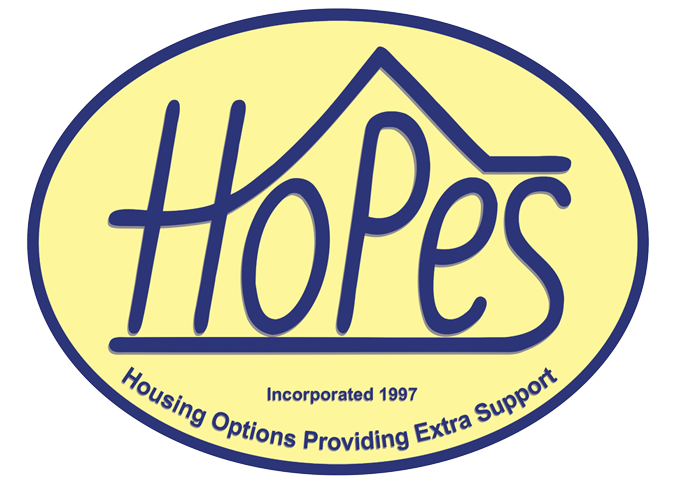 HOPES Inc is a not-for-profit organisation established to advance supported accommodation options for people with acquired and neurological disabilities.

We were developed from an accommodation working party, formed in the early 1990s, to address supported accommodation problems faced by younger adults with acquired brain injury.

Our co-operative living concept was developed to enable people living with acquired brain injury and other neurological disabilities to maximise their independence in a safe environment. This concept was initially built on information gained from several forums held around Tasmania in the early 1990's for people living and/or working with these issues. Attendees stressed the need for "a space of my own where I can be as independent as possible"; and a desire to "be in control".

HOPES became an incorporated body in 1997, committed to creating appropriate supported accommodation, transition, and respite options for younger Tasmanians (up to 65 years of age) with acquired brain and other injuries or neurological conditions.

Learn more about the aims, vision and mission that underpin the philopshopy and direction of HOPES Inc.

Following the success of the first community at Laetare Court, HOPES Inc have undertaken extensive research around the needs and requirements for a second community development.